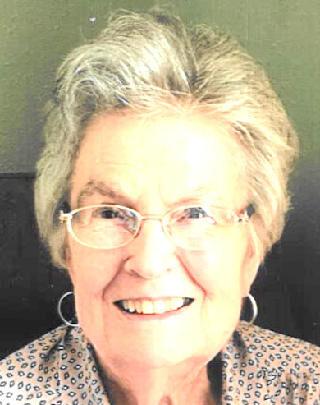 Jackie was born to Tom and Dorothy (Sens) Lewis on March 4, 1931, in Kirksville, Missouri.

During childhood, Jackie and her identical twin sister, Jane, grew up on a farm south of Edina, Missouri, along with her grandmother, Fide and grandfather, Peter Sens. They were the 5th generation to attend the Rimer School House.

At age seven, they moved to LaPlata, Missouri, and attended school there while their mother was a High School teacher. They played basketball, performed in the school band and school play and worked on the yearbook. After they graduated from high school in 1948, they attended the University of Missouri in Columbia, where their mother, was again, a teacher. They graduated with business education degrees.

Jackie met her future husband, Clairl Wayman, in 1949. She began teaching Business at Albany RIII High School. In 1953, she and Clairl married. Her sister Jane was killed in a car accident, in 1954.

After teaching five years at Albany High School, Jackie and Clairl moved to South Lake Tahoe, California, where she taught and they owned a ski shop called “The Husky”.

After returning to Albany, they lived in Georgetown, Colorado and Minturn, Colorado, so Clairl could work for the ski patrol in Vail, Colorado. They returned to Albany, where Jackie worked as a legal secretary for Bob Ross and William J. Kleinkauf. At the age of 56, she began a new career by organizing the first Economic Development Department for the City of Albany in 1985. She was instrumental in bringing Tempmaster to Albany to manufacture large air conditioners. This business continues today as Johnson Controls. She later continued this career as Community Development Specialist for Northwest Missouri Electric Cooperative in Cameron. A highlight of her service there was being appointed by then Governor, Mel Carnahan, to the newly formed State Commission on Regulatory Barriers to Affordable Housing on a two year term. In 1994, she was honored as Developer of the Year.

In 1997, Jackie retired enjoying her retirement in Albany, spending time with family, community organizations, attending church and playing bridge. She also enjoyed spending time with her cherished students from the class of 1953.

Jackie was a loving and dedicated mother and grandmother. She looked for and saw the best in people. She went through trials with grace and the following reminds her family and friends of her life. In life, there are occasional moments when the worst of times can bring out the very best that is within ourselves. The quality of our lives in not determined by what happened to us, but rather what we do about what happens, when we can reach inside and find a strength that makes us stand and be counted. Jackie’s strength was her love and trust in our Lord.

Funeral Service: 2 p.m. Sunday, May 2, at the Roberson-Polley Chapel, Albany, with burial in the Grandview Cemetery, Albany. The family requests everyone to wear a mask.

There is no scheduled family visitation.

Friends may call anytime after 10 a.m. Sunday morning, at the chapel.

Online condolences: www.robersonpolleychapel.com. As published in the St. Joseph News-Press.