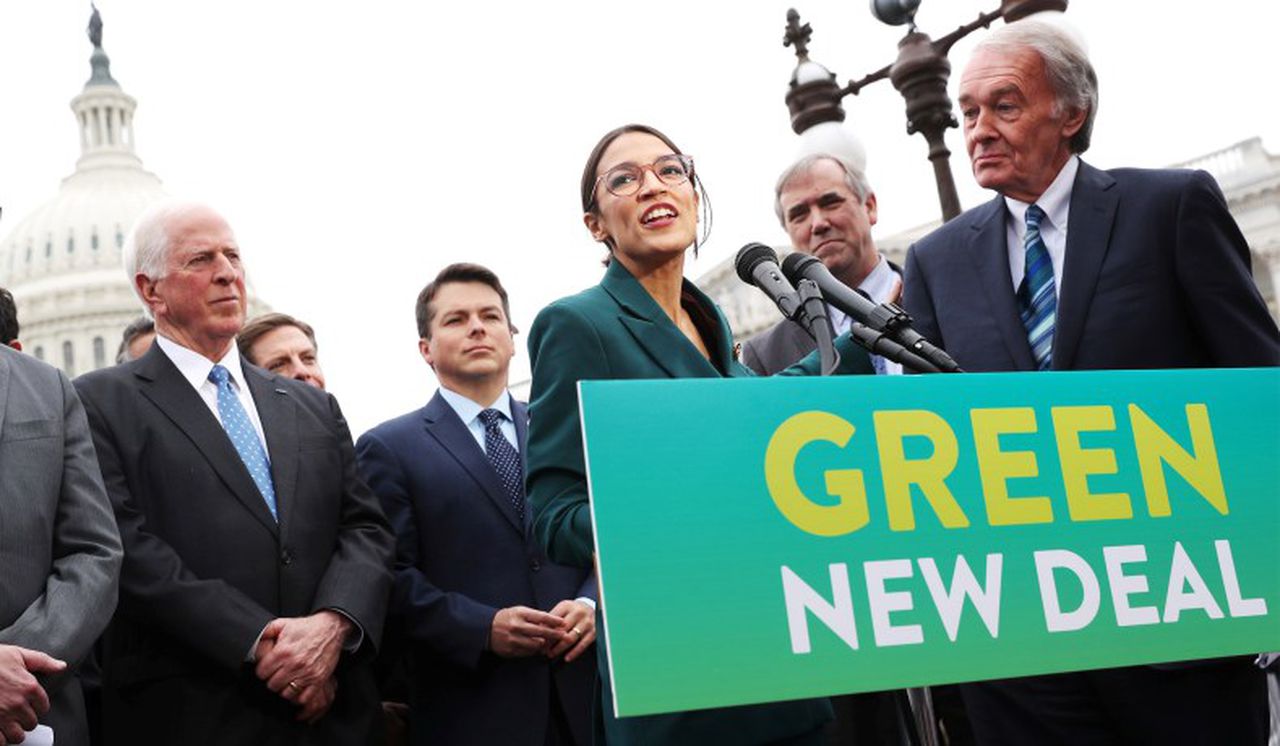 More than two years after they called on the U.S. to play a leading role in helping the planet reach net-zero emissions by 2050, Sen. Ed Markey and Rep. Alexandria Ocasio-Cortez are reintroducing the Green New Deal on Tuesday — this time with a more welcome audience in the White House and with Democrats holding a narrow majority in Congress.

In a news conference outside the Capitol, the progressive lawmakers plan to relaunch their bold resolution, which seeks to significantly curb greenhouse gas emissions and blunt the economic and public health impacts of climate change, particularly in frontline and minority communities. The resolution also calls on the federal government to give the economy a jolt by creating green jobs and sustainable infrastructure, goals aligned with President Joe Biden’s $2 trillion American Jobs Plan.

Some conservatives have openly mocked the Green New Deal, which also has its share of doubters among moderate Democrats. The House Republican majority in 2019 blocked the resolution from moving forward. But Markey, a longtime environmental advocate from Massachusetts, and Ocasio-Cortez, a New York leader among progressive Democrats, say the expansive resolution has inspired a host of other measures while becoming a benchmark that’s pressed the Biden administration toward a more progressive agenda.

“The Green New Deal envisions a 10-year national mobilization to fight the interconnected economic, social, racial and climate crises gripping our country,” the lawmakers said in a joint statement Monday.

The updated resolution includes proposals to reduce pollution in low-income communities and to address lead in cities’ water supply.

The lawmakers will also introduce the Civilian Climate Corps Act, a plan Biden laid out in an executive order in January. The proposed Corps would “mobilize the next generation of conservation and resilience workers and maximize the creation of accessible training opportunities and good jobs,” according to Biden’s order.

The Green New Deal reintroduction also comes as Ocasio-Cortez and Sen. Bernie Sanders of Vermont call for a $172 billion push to retrofit nearly 1 million public housing units across the country to upgrade electrification and water quality, the lawmakers said. The proposal calls for the repeal of the Faircloth Amendment, which placed limits on new public housing.

Markey and Ocasio-Cortez will be joined by Sen. Alex Padilla of California, Reps. Jared Huffman of California and Cori Bush of Missouri, Ellen Sciales of the Sunrise Movement and Kari Fulton of the Climate Justice Alliance.