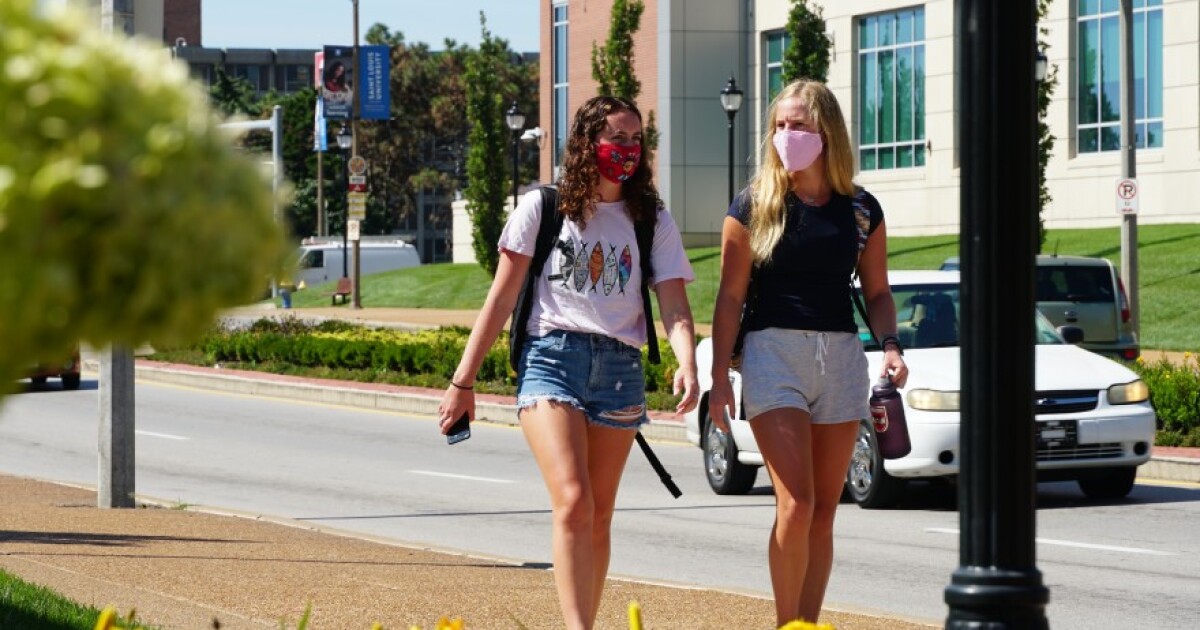 Students will return to the quads and lecture halls of college campuses throughout St. Louis in the fall.

Colleges and universities are planning for relative normalcy in August after several semesters of remote learning, strict socializing rules and minimal on-campus living or events.

“Today we are optimistic that we can return more fully to our campuses in the summer and fall and offer curricular and co-curricular experiences that bring us much closer to pre-pandemic operations,” said Julian Schuster, president of Webster University, last month.

With vaccinations expected to be widely available by the end of the summer, schools say they’ll return to normal class sizes and events, but likely won’t require students to be vaccinated in order to live in dorms or attend classes.

Washington University Chancellor Andrew Martin said in a letter to the campus late last month that while large lectures may still be virtual, most instruction will be in person. Regarding vaccines, Martin said “it is possible that we will require the vaccine for students, faculty or staff, depending on vaccine availability.”

Wash U will allow students to share dormitory rooms while still having more singles than pre-pandemic. Maryville University used two hotels near its St. Louis County campus to spread students out this year but will bring all residential students back to dorms and dining halls in August.

Announcements about fall plans have coincided with when high school seniors get admissions letters and send in enrollment deposits.

“What families are thinking is more about will I live on campus?” said Maryville University Vice President for Student Life Nina Caldwell. “They’re excited about the college experience. We’re on track for housing, but they’re a little slow to respond. I think they’re still waiting for information.”

Back to normal, or pretty close to it, is the mantra for St. Louis University and Southern Illinois University Edwardsville, and smaller schools such as Fontbonne and Lindenwood universities, as well. Some details will be worked out over the summer, campus officials said, including whether and where students will still be required to wear masks.

It’s “likely” that Lindenwood students will have to wear masks around some parts of the St. Charles campus in the fall, said university spokeswoman Julee Mitsler, but the university will not require vaccines.

“We respect that it’s a personal and medical choice, and it’s something that should be decided on an individual basis,” Mitsler said.

About a dozen major colleges around the country, nearly half of whom are in New York state, have said they’ll require students to be vaccinated, according to tracking by The Chronicle of Higher Education. Such a requirement has been a hot-button issue this spring, as some colleges have been the source of infection outbreaks.

The UM System’s campuses will not require vaccinations, though they’re encouraging students to be inoculated. Other schools are still discussing whether they’ll require it. It’s been standing practice for some colleges to require other shots before freshmen arrive on campus, such as the meningitis vaccine.

Closing campuses when the pandemic began and sending students home to learn virtually put a major financial strain on colleges as they lost out on room and board revenue. Many have struggled to maintain admissions and enrollment goals as students shy away from or delay the high cost of a partial college experience.

Last August, colleges in the area opened up on a limited basis. Most courses were still virtual, dorm rooms were at single occupancy and socializing was discouraged. SLU, Wash U and SIUE also required students to be regularly tested for the coronavirus. Schools in the region avoided any major outbreaks.

Editor’s note: St. Louis Public Radio is an editorially independent community service of the University of Missouri-St. Louis. The UM System’s Board of Curators holds its broadcast license.