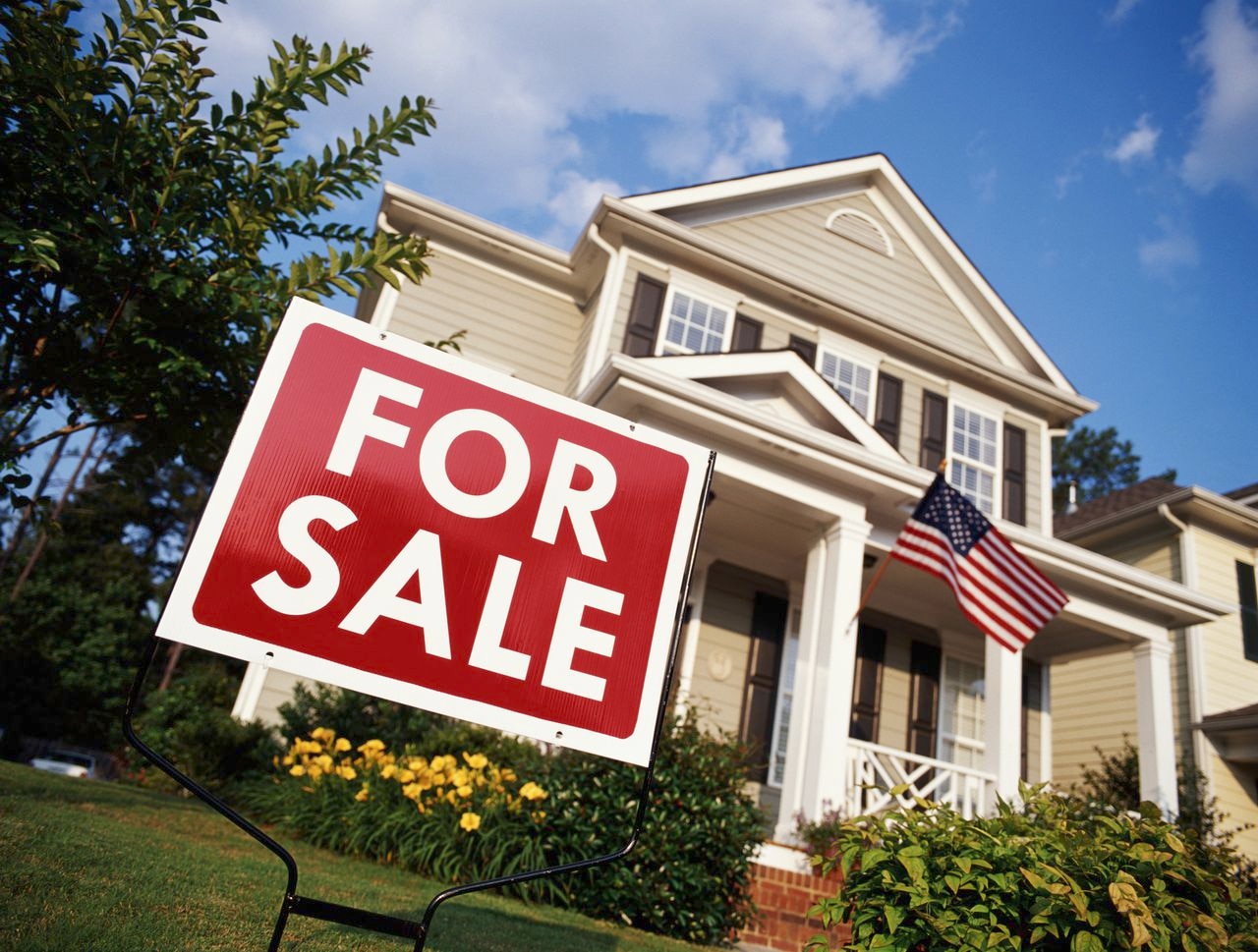 It’s unsettling when skyrocketing home prices and a meager supply of listings are so prevalent you come to expect — and accept — them with resignation.

In the second quarter, once again, buying a home was increasingly difficult, especially for first-time home buyers.

Before a pandemic upended the housing market last year, inventory was already down and prices high. Millennials were becoming the largest age cohort in the workforce, getting married, having children and preparing to buy homes. But baby boomers were working longer, retiring later and not yet downsizing from the homes where they’d raised their children. Further, new housing construction hadn’t yet recovered from the Great Recession and incomes among most Americans grew slowly, if at all. It was already difficult to find and afford a home.

Then Covid-19 came. And people didn’t leave their houses, let alone sell them. They transformed their homes to make them more enjoyable, adding study spaces and home offices. Even now, as millions of people are vaccinated and many workers are returning to the office, few folks are selling. It could be they’re boomers, content to stay where they are, or folks who upgraded their living spaces and no longer want to move from their starter homes. But they could also be frustrated homeowners, tempted by the prospect of high sale prices but fully aware that selling would, in turn, make them a home buyer again. The housing market is an example of the pandemic taking an existing problem and making it worse.

In our fifth quarterly analysis of home affordability for first-time buyers in the largest metro areas of the country, we find the second quarter of 2021 brought no relief for would-be homeowners. First-time buyers are typically constrained by tighter budgets and less robust credit histories, making the struggles of a strong seller’s market even tougher on them than on other home buyers. Even those with the financial means to take advantage of low mortgage rates in spite of high prices would have been met with some of the stiffest competition yet.

Homes were listed at 5.5 times the median first-time home buyer income in the second quarter across the nation’s 50 most populous metro areas. That’s compared with 5.2 times in the second quarter of 2020. For reference, budgeting for homes priced three times your annual income is a long-standing gauge of affordability.

The most affordable metros in the nation during the second quarter included St. Louis and Pittsburgh, where homes were listed at 3.5 times first-time buyer income; Cleveland (3.6); Buffalo, New York (3.8); Hartford, Connecticut (3.9); and Baltimore (3.9).

Five California metro areas have shared the least-affordable spots in our analysis for the past year, and Los Angeles always tops this list. In Q2, homes in Los Angeles were listed at 13 times typical first-time buyer income, followed by San Diego (9.2), San Jose (8.4), San Francisco (7.6) and Sacramento (7.5).

First-time home buyer guidance: Where you buy matters. If you have the luxury of working from home indefinitely, expanding your search into more affordable areas is a no-brainer. However, folks tied to a commute and working in some of the more expensive metros may need to rethink their homebuying goals. If homeownership is a priority in the near term, finding a different job in order to relocate to a more buyer-friendly area may be a sacrifice worth making. This is particularly true if you’re early in your career or otherwise earning close to the median income. That said, if a down payment or qualifying for a mortgage is your main obstacle, first-time home buyer programs may be a way to get your foot in the door.

Increase in inventory is just a drop in the bucket

The number of homes listed for sale actually increased 2% quarter over quarter, on average, in the largest metro areas. This is a very small bump, particularly for this time of year, and one that’s skewed by increases in metros that are still operating in a significant supply deficit. Across the nation, active listings fell 5% quarter over quarter, at a time of year when homebuying season typically ushers in a wave of newly listed homes.

By contrast, from the first to the second quarters of 2018, active listings climbed 10% in the nation’s largest metros; in 2019, they rose by 6%. Last year at that time, however, they dropped 2% as we entered the first months of the pandemic and related economic effects.

Year-over-year changes in inventory paint a more complete picture. Compared with last year at this time, the number of active listings in the largest metro areas is down 48%. This is particularly remarkable considering they were already down 23% year over year when comparing Q2 2020 with 2019.

Before the pandemic, we were already in the midst of a housing shortage brought on, in part, by insufficient new construction and demographic shifts. Then the already slim pickings were decimated by the events of the past year.

This quarter marks the first time in our analysis that all 50 metros experienced a year-over-year decrease in available homes.

In Raleigh, North Carolina, one of the hottest markets in the country, listings fell the furthest, down 74% on the year. Home shoppers who would have seen upward of 4,000 listings, on average, in Q2 2020 are now seeing closer to 1,000.

First-time buyer guidance: Right now, most first-time buyers will be hard-pressed to find a home for sale in their price range that ticks the items on their wish list, and even harder pressed to write an offer before it’s sold.

Weigh carefully how stress-tolerant you are and whether your desire to become a homeowner is worth the potential difficulty of buying in the current market. Things may not get better quickly, but the invisible hand of the market will eventually work to balance things out — competition will cool, prices will stabilize (or at least stop growing at breakneck speed) and more homes will be put on the market. Putting off your purchase for another year or two could give you time to save up a bigger down payment and more options to choose from.

Some metros see a small (but misleading) price dip

Across the largest metro areas, list prices rose 2% quarter over quarter and 3% year over year in Q2, on average, after accounting for inflation. The modesty of these gains is only part of the story, however. It’s important to point out: List prices give potential buyers an idea of what they’d see if they dipped their toes into the market, but they are also less volatile than actual sale prices. Further, looking at previous periods in conjunction with this quarter’s changes shows an overall trend toward much higher prices.

For example, the Los Angeles metro area — the least affordable in every quarterly analysis since our first, over a year ago — experienced a 10% decrease in monthly average list prices when compared with Q1. However, that’s on the heels of a 19% increase from Q4 to Q1. Taken altogether — along with a 9% increase year over year — list prices in Los Angeles are trending upward.

A similar trend is seen in Kansas City, Missouri, where asking prices were down 8% in the second quarter, after being up 16% in the first. Notably, homes in Kansas City are selling for 9% above list price, according to a recent analysis from Realtor.com.

Nationally, list prices increased 10% year over year, and 5% from the first quarter to the second.

First-time buyer guidance: More than ever, buyers are using all-cash offers to win over sellers. But most first-time buyers aren’t in a position to skip a mortgage. Instead, make your offer attractive by making not only the potential sales price alluring, but also the sale process. Let the seller name the closing date and offer to give them extra time to move out, for example. But be wary of potentially risky trends: Forgoing home inspections could get you into a home more quickly, but increase the likelihood of it being a surprise money pit.

Austin, Texas: an example of extremes

Austin homes are in high demand, and with inventory in the tank, prices are skyrocketing. This is the second quarter in a row that the number of active listings sank when compared with the same period in 2020 — they fell 71% year over year in Q1 and 68% this past quarter.

This is also the second quarter in which we’ve seen the Austin area top the list of year-over-year price increases: up 33% in Q1 and 29% in Q2.

Current homeowners with their eyes on the market saw an opportunity in this heavily tilted environment — where homes are selling in less than three weeks, on average — and a few threw their homes into the ring. There were 26% more listings on the market in Q2 when compared with Q1, but this seasonal bump is hardly enough to restore the market to anything like balance.

Other big markets in Texas echo the average trends: prices up and listings down, but not to the extent of Austin. For instance, prices were up 8% in Houston and 5% in Dallas, and the number of listings was down 51% and 66% respectively, year over year in Q2.