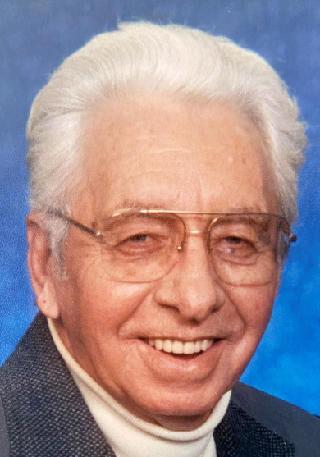 PLATTSBURG, Mo. -Charles Kellam, 84, of Plattsburg, passed away peacefully in his home on March 4, 2021.

Charles was born north of Lathrop, Missouri, to Donald W. Kellam and Mary E. (Rogers) Kellam on April 15, 1936. The family soon purchased and moved to a farm near Grayson, Missouri.

He graduated from East Buchanan High School, where he was all conference in football and track, in 1954.

Following graduation, he enlisted in the Navy, where he became an electronics technician and served as a navigator on board a WV-2 Warning Star reconnaissance plane. While stationed in Hawaii, Charles met Branif stewardess, Bonnie Guenthner, on a blind date. They were courting when Hawaii wildly celebrated statehood on Aug. 21, 1959.

Upon his discharge from the Navy, they returned to the states and were married in Antigo, Wisconsin, on June 4, 1960. The couple farmed in the Plattsburg-Trimble area for 60 years.

Charles served on the Plattsburg School Board, where he championed a new facility housing the schools first vocational ag course and FFA program. He also brought his own equipment in and, with the help of his boys and a company employee, poured the piers and built the structure for the stadium seating on the football field.

Charles was preceded in death by his parents and his wife, of nearly 60 years.

As published in the St. Joseph News-Press.