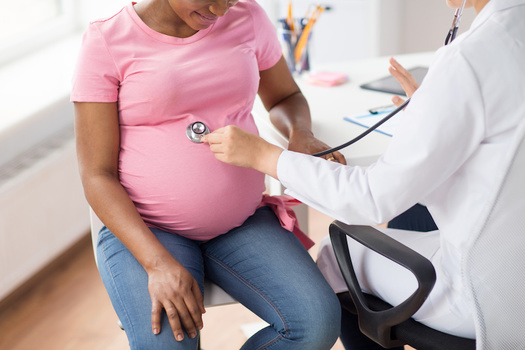 ST. LOUIS, Mo. — Black women in Missouri are four times as likely to die during childbirth than white women, and during Black Maternal Health Week, reproductive-justice advocates want people to know many pregnancy-related deaths are preventable.

April Mickens Jolly, vice president of health equity and culture for Planned Parenthood of the St. Louis Region and Southwest Missouri, said reasons for the racial disparities range from lack of access to high-quality medical care in many communities of color, to implicit bias and racism within the medical system.

She argued Black women need to have the same access to social, economic and environmental resources necessary to build strong families.

“Factors that can make sure that Black women have the freedom to raise their children in safe and healthy places, both before, beyond birth and during the postpartum period,” Mickens Jolly contended.

She noted in Missouri, four in five pregnancy-related deaths are preventable.

Public health experts urge health-care providers, as well as friends, family and partners, to listen to the concerns of pregnant people if they say something doesn’t feel right, and find ways to adequately address those concerns.

She pointed to research which shows states that have fully implemented Medicaid expansion have also reduced rates of both infant and maternal mortality, and in some cases, begun to reduce racial disparities.

“Because of discriminatory and racist public policies, women of color and certainly Black women rely on publicly funded programs like Medicaid, more than white women do,” Mickens Jolly stated.

In Congress, the Black Maternal Health Caucus has introduced what it calls a “Momnibus” package.

The bills range from investing in social determinants of maternal health such as housing, transportation and nutrition to growing and diversifying maternity-support systems. It also would improve data collection, support moms with substance-abuse issues or who are incarcerated, and invest in initiatives to reduce climate-change-related risks for pregnancy.