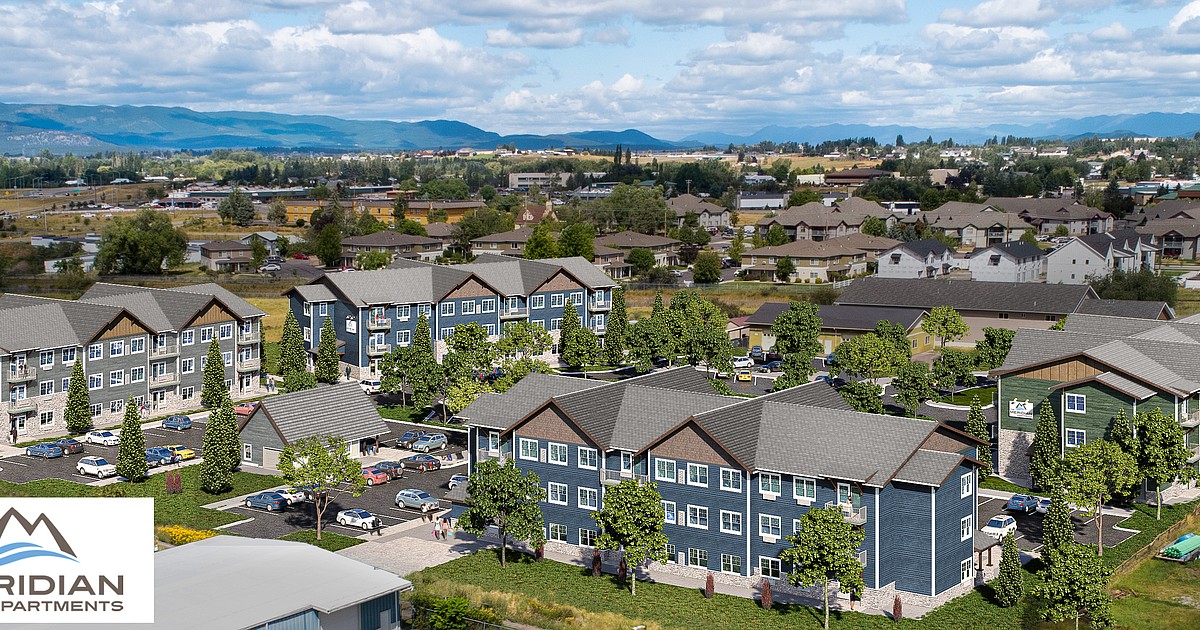 When Brent Brown began advertising The Highline Apartments in Columbia Falls, he promised Greenway Development Group would put down roots in the Flathead and continue to serve the local community.

A year and a half since the first residents moved into the apartment complex — touted as an affordable housing solution — Brown is keeping that promise.

The managing partner of the St. Louis, Missouri-based developer told the Inter Lake last week about the company’s latest plans to keep building in Northwest Montana, starting with the Meridian Court Apartments in Kalispell this spring.

“Boy, I hope so,” Brown said when asked if he is expecting to build more apartments in the area. “We’d absolutely like to continue to build as it continues to grow up in that area.”

Greenway Development Group broke ground on The Highline Apartments in Columbia Falls in 2019. The first two buildings welcomed residents that summer, and the next three soon filled up the summer after that, bringing the current total to 180 units.

The waitlist to get into The Highline actually has been around longer than the buildings themselves, with each new addition completing pre-leasing before construction wrapped up.

“We think the demand is there,” Brown said, and the local market certainly seems to corroborate that observation.

Dubbed “workforce housing” by Columbia Falls City Manager Susan Nicosia, Greenway’s projects are considered an affordable housing opportunity in an area where the availability of modest-paying jobs far outnumbers the inventory of housing that can be afforded on such an income.

A studio unit in The Highline starts at $780 per month, and the largest two-bedroom units there cost $1,145 per month.

BEYOND THE Highline, there are few other lower-cost options for rent anywhere in the Flathead. That’s why Brown plans to build four more buildings in the style of The Highline on Kalispell’s west side.

Meridian Court Apartments will consist of four buildings, with a total of 144 units.

Brown expects the units to be roughly broken down into 72 “micro efficiency studios,” (designated as apartments smaller than 400 square feet), 24 one-bedroom units and 48 two-bedroom units.

“They’ll be very similar in design, both the exterior and interior, to The Highline in Columbia Falls,” Brown predicted.

He hopes Snyder Construction Group will be able to break ground on May 1 and have apartments move-in ready in exactly 12 months, although he recognized that timeline will depend on weather and other unpredictable factors.

The price range for Meridian Court Apartments will range from $850 for a studio to $1,250 for the largest two-bedroom units.

Brown added that Meridian Court Apartments likely will include many of the amenities that have drawn residents to The Highline, such as stainless steel appliances, on-site management and a dog park.

But unlike The Highline in Columbia Falls, which is situated on 14 acres of mostly undeveloped land, the Kalispell development is limited to a 4-acre lot. Brown said his top priority is maximizing density, rather than trying to squeeze in additional features.

“We’ve been really fortunate up there with our project in Columbia Falls,” Brown said. “We feel like with the demand, the growth in the valley…there’ll still be a need for housing.”

Brown said the group is looking into additional projects in the redeveloped Core Area in downtown Kalispell, plus potential sites in Lakeside, Bigfork and elsewhere around the valley.

Greenway also is considering going back to Columbia Falls development to add about 20 larger units designed with working families in mind. The fifth building on the Columbia Falls site likely would consist of three-bed, two-bath townhome-style units with individual garages.

“The tenant profile is very diverse,” Brown said of the existing resident population at The Highline. “This would add to that.”

He made it clear that as long as customers continue to come looking for affordable rentals, Greenway will build them.